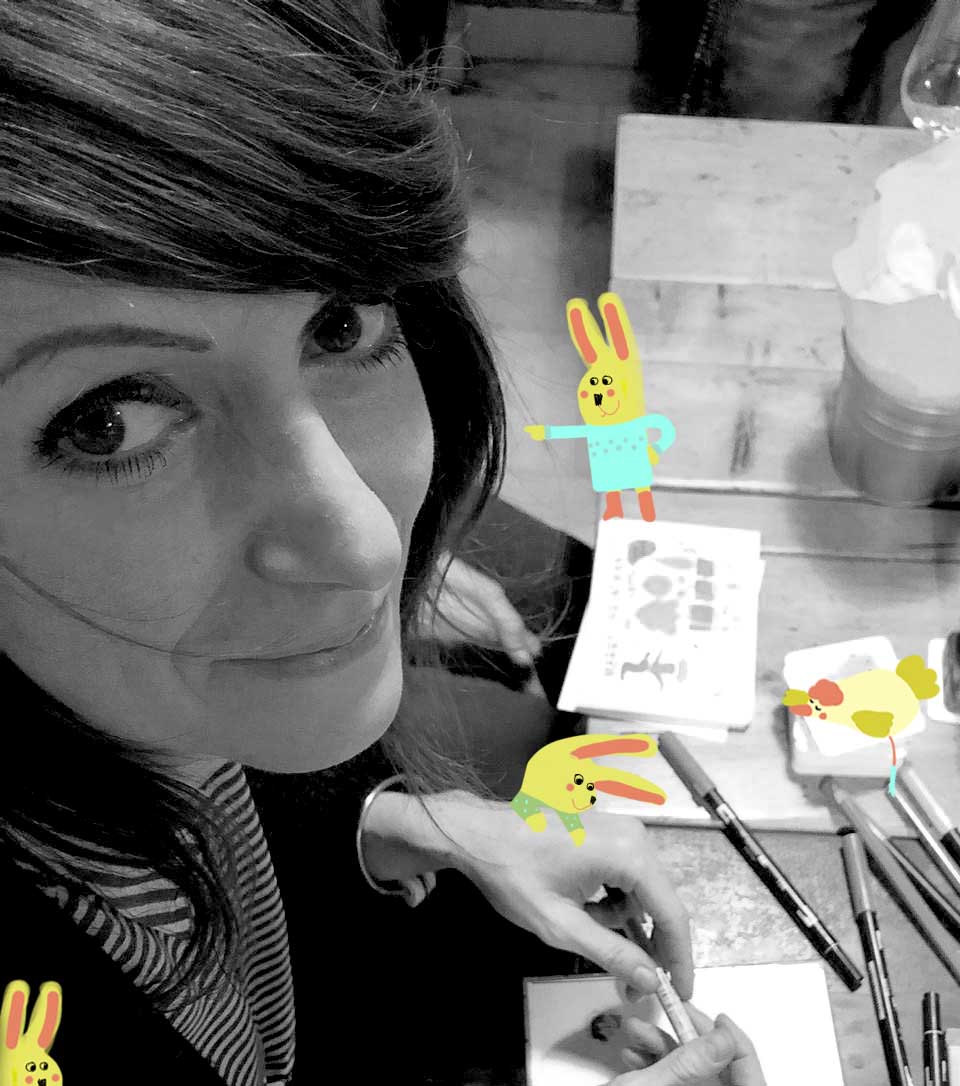 I graduated  in graphics and advertising at the Art Institute of Florence.

I then continued my studies at the Academy of Fine Arts in Bologna where I graduated in painting.

During my academic studies I attended a class for cartoons producers which allowed me to work with the Pseudo Fabrica company on cartoons such as Opopomoz Ratman and on some Raisat and Sky productions.

I illustrated books, fairy tales and teaching guides for publishers such as Giunti, Raffaello Editrice,
Just for Kids Press, Editions Le Verger des Hespérides and Samir Editeur. I have always tried to combine graphics with illustration, following the digital world without losing my love for temperas and watercolours. In fact, I taught  painting techniques at the school Nuova Eloisa in Bologna for some years.

Meanwhile I keep working as a graphic designer, collaborating with a graphic studio located in Bologna, as an art director.
For years now I’ve been coloring illustrations, creating and developing graphic elaborates of magazines, books and booklets, becoming specialized in children books.

We use cookies to ensure that we give you the best experience on our website. If you continue to use this site we will assume that you are happy with it.Ok